One of the oldest tarot decks ever created, the Tarot Sola Busca is known for its alchemical symbolism and for having inspired many of the minor arcana of the Rider Waite Smith deck. The first entry in Lo Scarabeo’s new Anima Antiqua series (Ancient Soul), this deck has been lovingly printed with great care from originals found in the greatest collections of rare tarot decks. This is a limited-edition, numbered deck printed on the highest quality stock.

The characters depicted in the Sola-Busca cards include Nebuchadnezzar and Gaius Marius, the uncle of Julius Caesar. The Major Arcana cards loosely follow the rise and fall of the Roman Empire, but also include members of the Roman Pantheon such as Bacchus. (Wikipedia)

Deck Status: Limited Edition and Out Of Print 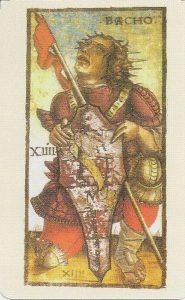 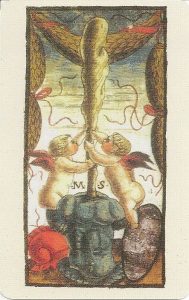 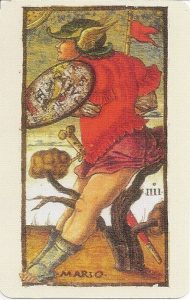 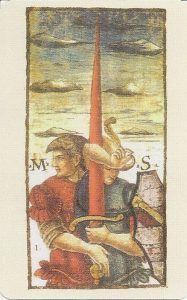 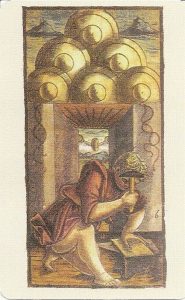 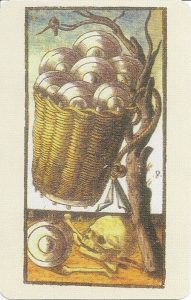