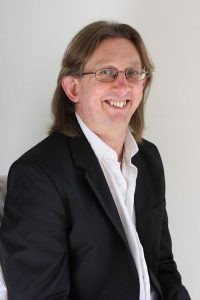 Steve has been involved in this field for over thirty-five
years and has completed a wide variety of studies and activities in this time.

The additional training Steve has completed is as follows –

Steve has also attended lectures and workshops over the
years, too numerous to mention and continues to add to his knowledge and
experience by attending events as they occur and maintaining his own regular
sacred practices in Meditation, Yoga and Chi Kung.

Steve has had articles published in many magazines, on a
variety of the subjects he works in. These include Positive Health and Pagan
Dawn, as well as many of the smaller titles produced in the spiritual, pagan
and holistic communities.

Steve has appeared on TV, twice alongside Derek Acorah on
Granada TV’s show ‘Psychic Livetime’ and acted as examiner on the Living TV
series ‘Jane Goldman Investigates’, overseeing the work of Michelle Knight who
taught the Tarot to Jane.

Steve acted as advisor and consultant for the New World
‘Music of the Tarot’ CD, for which he also wrote the accompanying booklet.

Steve has had nine books published –

* Tarot Therapy Vol. 3: Minor Arcana, The Map of the Quest

* How To Be A Telephone Psychic

Steve has also produced his own unique card sets –

Steve has also produced a range of 15 highly-acclaimed
Meditation and Development CD’s, which you can see full details of in the Shop
on this website.

Steve has taught in person across the South of England and
by distance learning internationally. Apart from his own private events, Steve
has taught at Adult Education Centres in Hampshire and was tutor of the 2-year
Tarot course at the prestigious ‘Isle of Avalon Foundation’ in Glastonbury,
Somerset. Steve has tested and trained psychic readers for some of the leading
telephone psychic companies in the UK, working across the world.

* Order of Bards, Ovates and Druids (Steve acts as mentor
for those following their training programme)

* Tarot Association of the British Isles

Though a member of these Groups, Steve’s approach to
spirituality is an eclectic one, as he feels that every path has something to
offer. He reads widely on spiritual subjects and incorporates what he learns
into his teaching, in its various forms. Steve feels that a sense of the sacred
for each individual is vital to the maintenance of health and well-being and
for the fulfilment of our potential, development and life purpose.