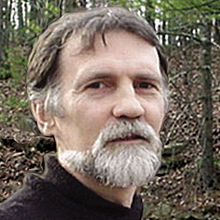 In the 1990s, Place turned his attention as an illustrator to the creation of tarot decks and began his career as an author. Place is best known as the creator of The Alchemical Tarot, his first deck and book combination, which is illustrated in the style of 17th century alchemical engravings and presents a parallel between the “great work” of alchemy, which leads to the creation of the philosopher’s stone and the allegory in the tarot’s trumps.

In his other decks, The Angels Tarot, The Tarot of the Saints, and The Buddha Tarot, Place has explored the connection between religion, mysticism, and the tarot’s symbolism.

In his fifth book, The Tarot: History, Symbolism, and Divination, his first book published not in connection with a tarot deck, Place contributes to the field of tarot history by discussing the images in the tarot in relation to the iconography of the 15th century Italian Renaissance, the era when the tarot was created. Place relates each image in the tarot to similar images created at that time and presents a theory of interpretation that is rooted in the art and philosophy of the time. The book also discusses contrasting occult theories and champions Pamela Colman Smith as the primary designer of the Waite-Smith Tarot.

The Tarotpedia says that The Tarot: History, Symbolism, and Divination “is bound to find a place amongst the most important works published this decade